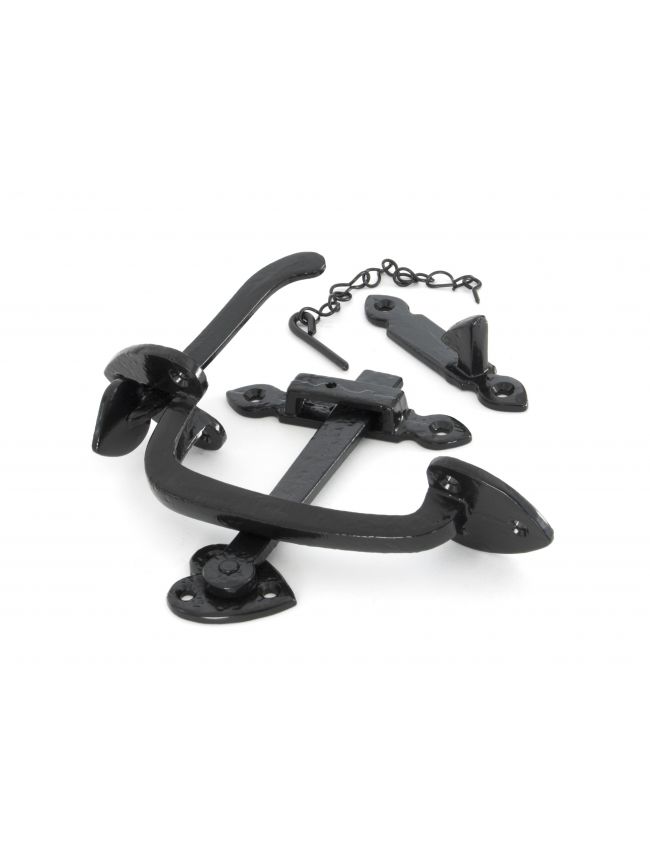 Traditionally used on a ledge and braced door, a thumb latch set is a decorative door latch with a thumb shaped lever. When the thumb shaped lever is pressed down this operates a thumb bar which passes through the door, this lifts the latch bar on the opposite side causing it to open.